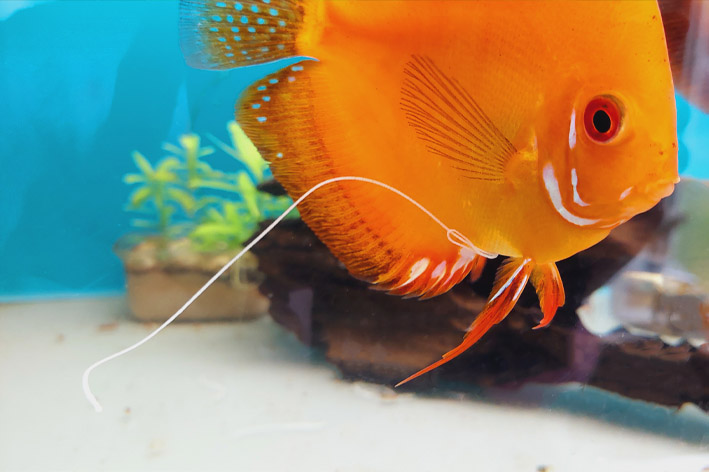 Bothriocephalus acheilognathi is a species of parasitic flatworms. These parasites are known for causing significant damage to fish populations. This article will provide an in-depth look at the biology and lifecycle of Bothriocephalus achneilognathi, its effects on fish health and the treatments you can use to get rid of them.

Bothriocephalus acheilognathi is an Asian tapeworm which is one of the most widely spread tapeworm species in freshwater fish. Originating from the Asian gras carp, Botriocephalus achneilognathi can infect fish that belong to many different groups: for example, Cichlidae, such as the orange parrot fish and Discus fish, but also Cyprinodontidae, Siluridae, Poeciliidae, Cyprinidae, Acipenseridae and Atherinidae species. This includes fish like carp, catfish, guppies, platies and swordtails.

Adult Bothriocephalus can vary in length from 1 to 100 cm. They are able to adapt their own size to the size of their host, which is a rare ability. For example, a fully mature worm of only 1.5 cm in length was found in this swordfish. In another example we have found worms of up to 25 cm in length in adult discus fish.

The parasite feeds itself by absorbing nutrients through the surface of its body. Their presence in the intestines of the fish cause severe problems, like blockages and disorders of the digestive system, which lead to a lack of nutrients and often to emaciation. On the other hand, if many worms are present in the intestines, you may observe a considerably enlarged belly as if the fish had eaten well. But if the belly does not disappear after a few hours, you know there could be something wrong.

The worm’s body is divided into segments, each bearing hundreds or even thousands of eggs. To get the eggs into the external environment, the worm sheds several segments, which leave the intestine encapsulated inside the feces of the fish. This is where it becomes visible there is a problem in your aquarium. Aquarists start finding strange segmented white “feces” of varying sizes at the bottom of the aquarium. These worms can also be protruding from the anus. And sometimes, although rarely, even from the mouth of the fish! This can be quite shocking to see!

When combating tapeworms in fish, the peculiarities of the parasite’s life cycle and the water temperature must be taken into account. The eggs of the parasite get into the surrounding habitat through the fecal matter of fish. At a water temperature of 28 to 30 degrees Celsius you will see free-floating larvae hatch within 1 to 5 days. The colder the water, the longer the larvae take to hatch. For the next stage of development, it is necessary that the larvae are eaten by Copepoda, for example, Cyclops. The tapeworm larva develop in the body of the cyclops for another 6 to 10 days. When fish eat these cyclops, the larvae of the parasite can attach themselves to the intestinal wall of the fish and begin to develop into adult worms, producing hundreds, sometimes even thousands of eggs.

It’s important to understand that when fighting Bothriocephalus in aquariums, it’s not only necessary to eliminate the parasite itself, for example by using eSHa gdex, but also to exterminate the larvae carrying intermediate crustacean hosts, to break the development cycle. To do so, we recommend using eSHa alx. 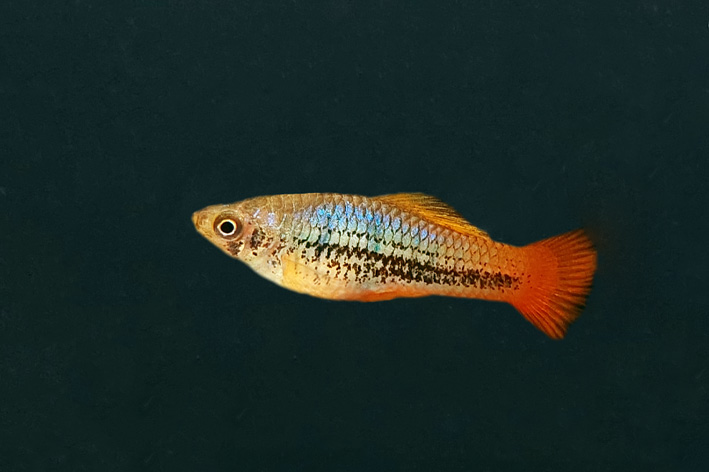 The common platy is a small and vibrant freshwater fish that is a popular choice among aquarium enthusiasts. 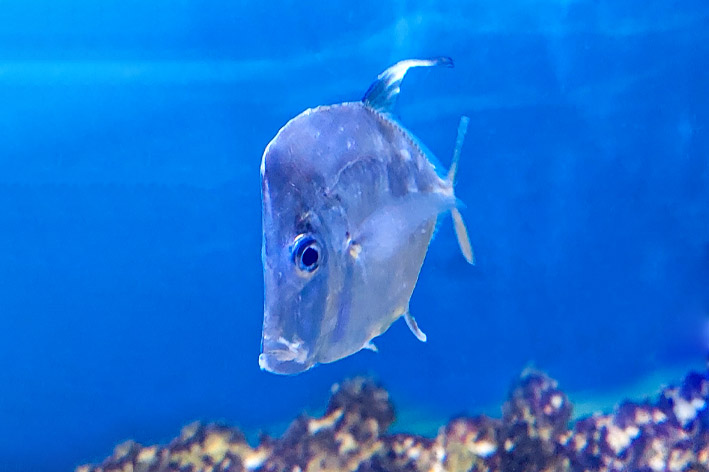 The lookdown fish is a true alien-like creature. We wouldn’t be surprised if some Hollywood characters were inspired by the look of this fish.

This article will provide an in-depth look at the biology of Bothriocephalus achneilognathi, its effects on fish health and the treatments you can use. 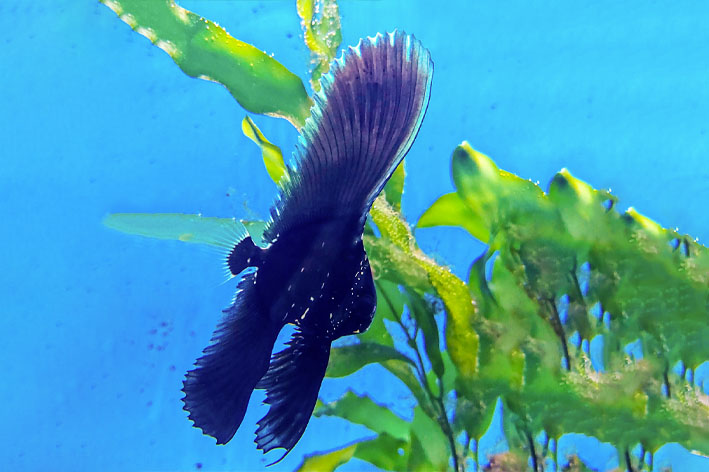 Batfish are unique fish that grow quite big. Keeping them in an aquarium is not always the best choice, but if you want to, read all about its needs here. 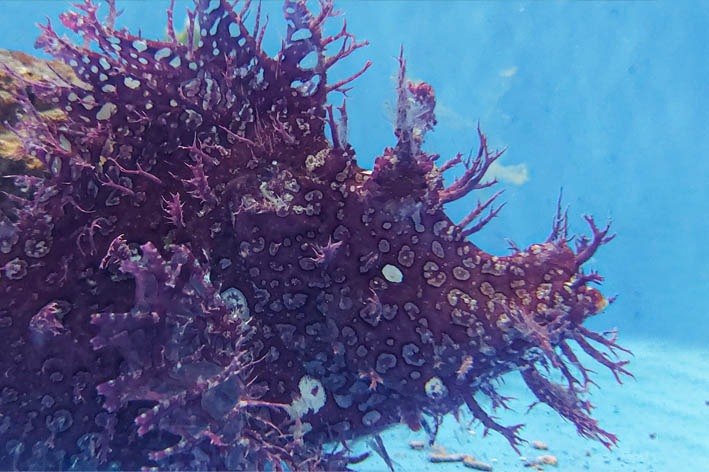 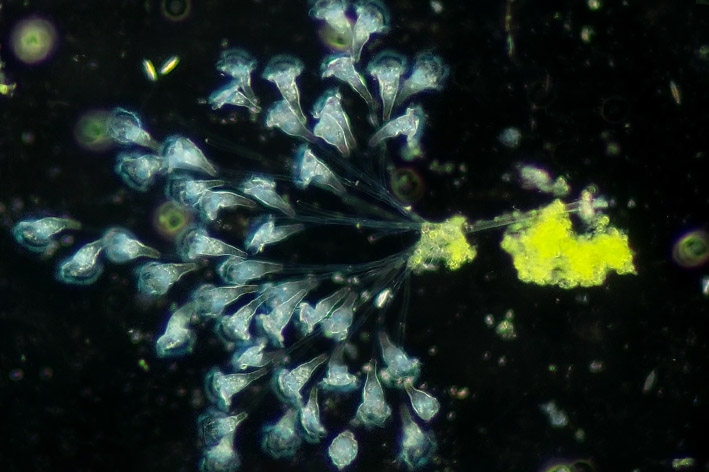 Let's talk about Carchesium, creatures that look like flowers. These beautiful protozoa can be found in your aquarium. 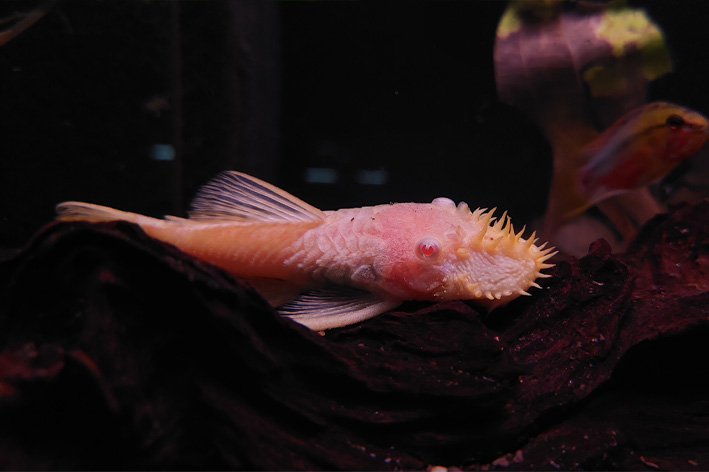 The bristlenose catfish, also known as Ancistrus or Pleco, is a popular and peaceful aquarium fish, but it also helps cleaning your aquarium! 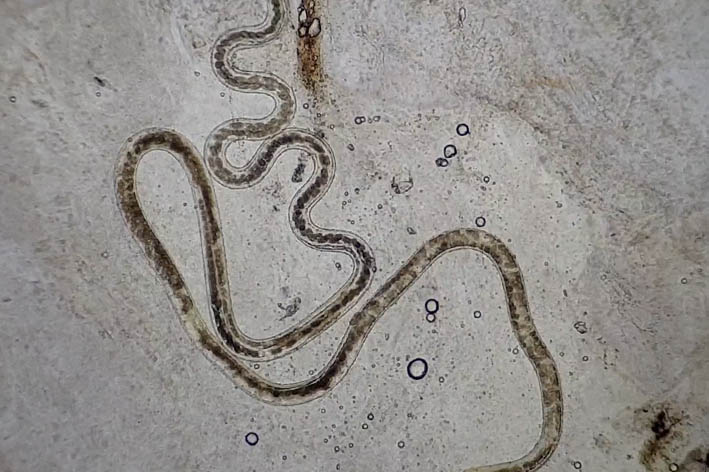 Let's take a closer look at the nematode Capillaria pterophylli, a highly pathogenic fish parasite. All fish species in an aquarium can be infected with Capillaria. 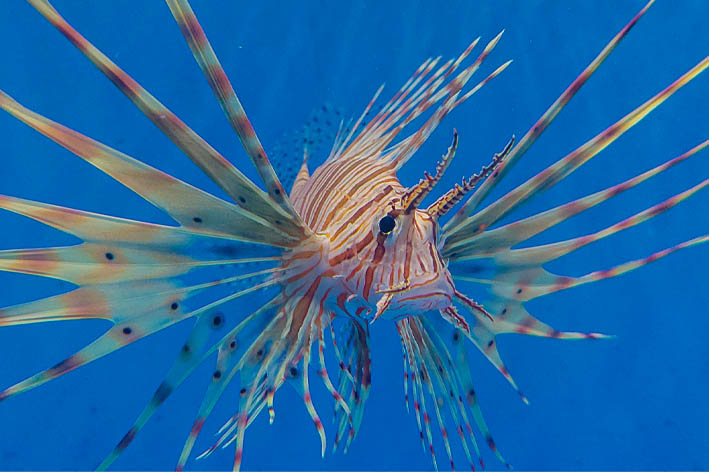 The Red Lionfish hunts like lions do, but they also kind of look like lions as well with their long, flowing gently in the water dorsal and pectoral fins. 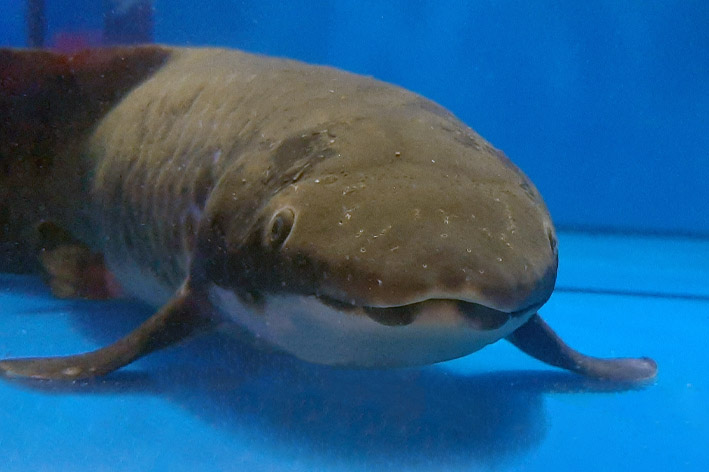 The Australian lungfish, also known as Barramunda or Burnett Salmon, is a real living fossil. It has been around for almost 400 million years! 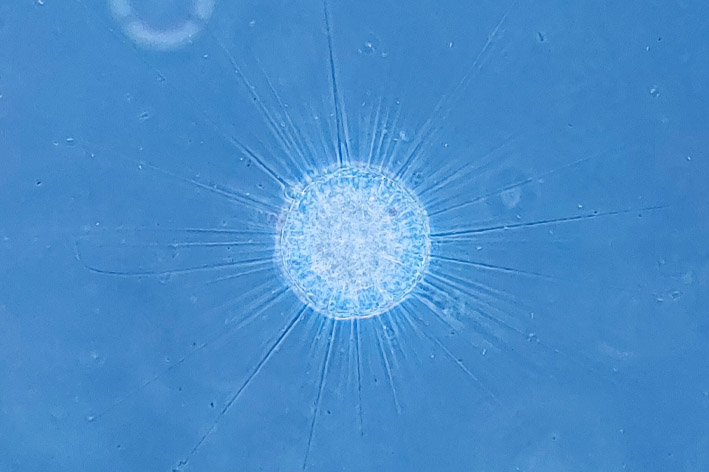 Read all about Actinosphaerium eichhorni, a member of a group of unicellular microorganisms that build trapping nets to catch their victims! 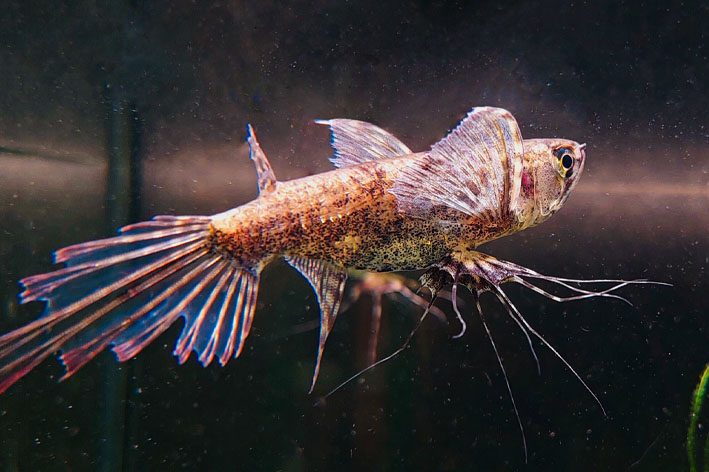 The African butterfly fish, also known as the Freshwater Butterfly Fish, is an all-round freshwater species. It is a unique looking fish and can 'fly'. 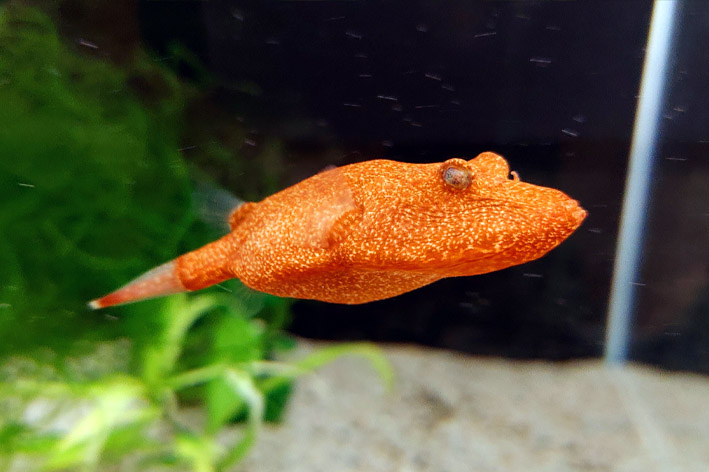 The Red Congo pufferfish is a master in disguise. It easily blends into its surroundings with its camouflage ability. 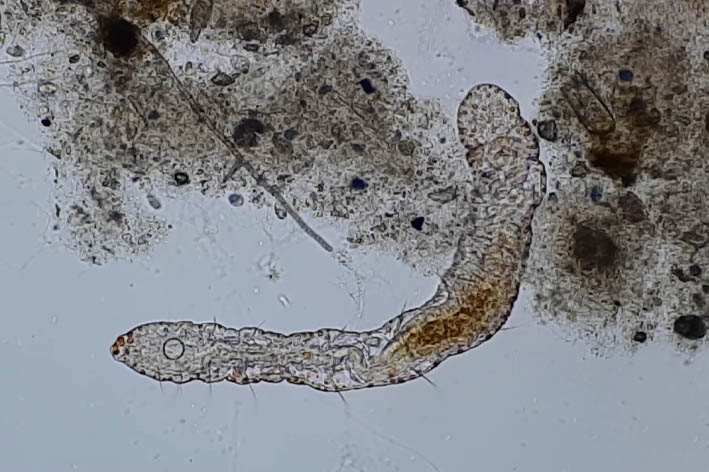 Aeolosoma hemprichi is a colorful and hardworking microscopic ringworm that can be found in aquariums and contributes to a clean environment. 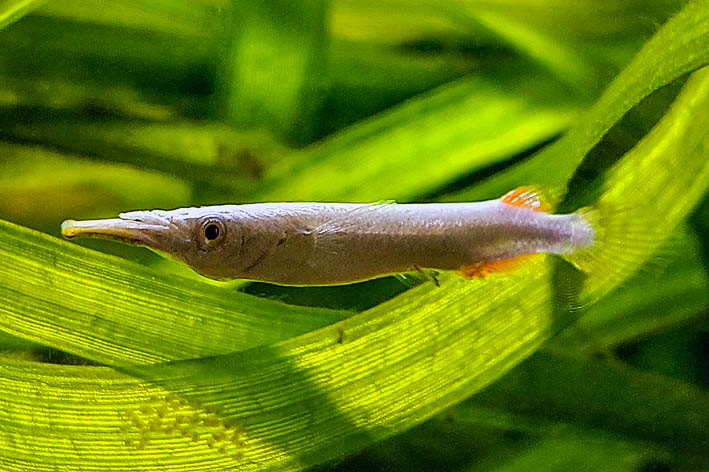 The wrestling halfbeak is a surface fish that looks like a small pike fish. Most of the time you'll find it swimming just under the surface of the water. 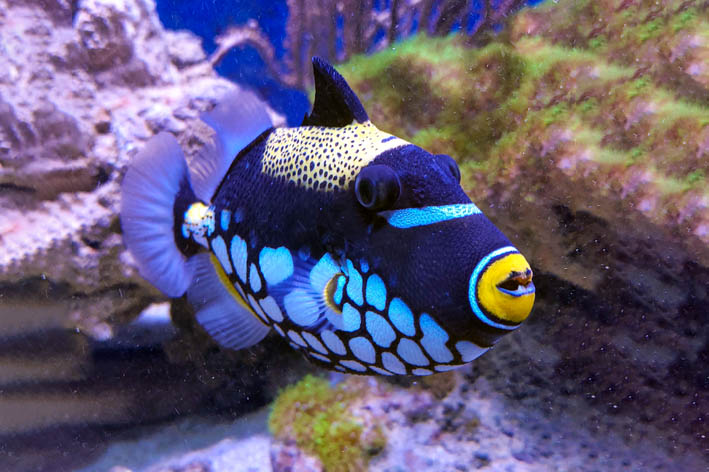 The Clown Triggerfish is a reef fish that stands out in coloration and personality. Be aware that these fish have strong teeth and a nasty bite! 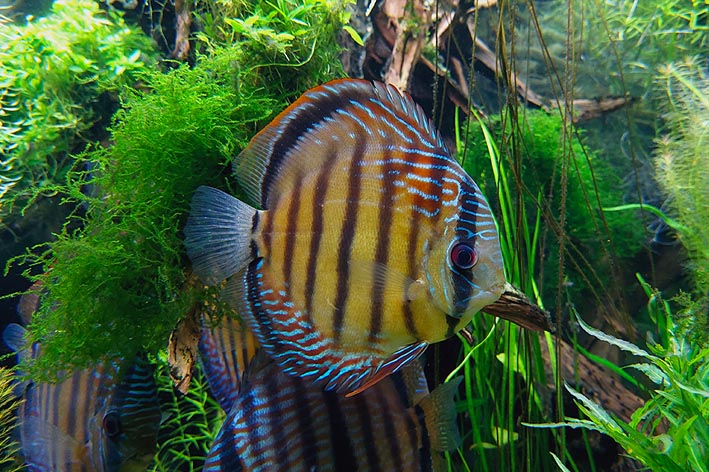 The Discus fish is by many considered the king of freshwater fish and the ultimate challenge in the freshwater hobby. 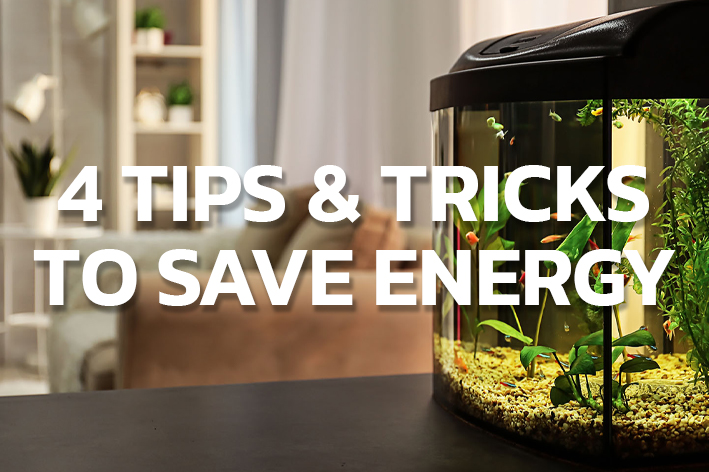 4 Tips On How To Save Electricity On Your Aquarium

Let’s look at how you can save electricity and make your aquarium energy efficient, so you can save some money. It's easier than you might think! 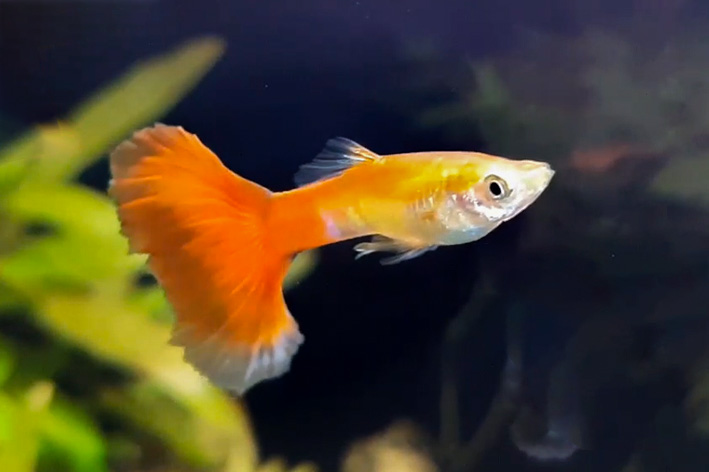 The guppy is a beautiful fish and is commonly found in aquariums. It makes a great starter fish for anyone looking to get into the aquarium hobby. 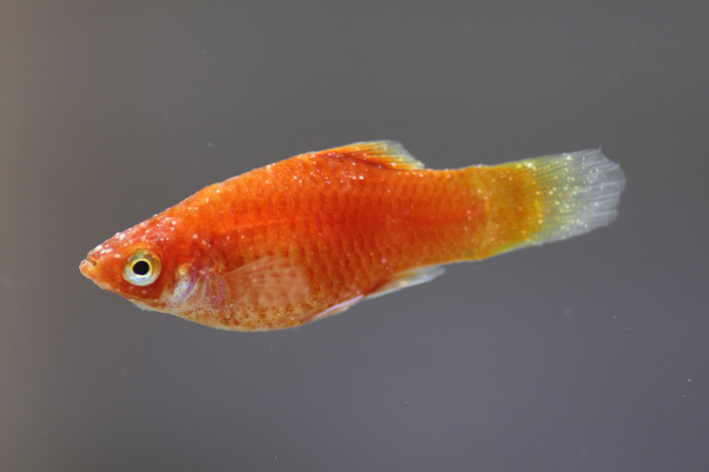 White spot disease, also known as 'Ich', is the most common aquarium fish disease. It is highly dangerous to fish and can occur in any aquarium!